Does anyone know why the convection fan on the Lopi 400PS might come on as soon as you plug the stove in without turning the power switch on or pressing the power switch to active the stove?
Mine recently was having this issue where the convection fan wouldn't shut off after the cool down cycle was finished. I had to unplug it to turn it off. It seemed to act like a reset and when I plugged the stove back in I could then turn the stove on with the start switches. But now it won't go off after cooling down and when I plug it in after unplugging the stove the convection fan just comes on. I know its not supposed to come on until the exhaust heats up.
I deep cleaned the stove this week and my exhaust vent pipe all he way up so I don' t think venting could be an issue. Maybe a snap disk?

Ok, so I think I answered my own question and thought I'd post this for anyone else who might be having a similar issue. Like I was saying my convection fan wouldn't shut off after my stove cooled down. This all started because my stove was just shutting down after running fine for a few days. Shutting down I mean the exhaust fan would shut off and the auger stopped feeding pellets. But after cooling down the convection fan wouldn't shut off. Prior to I could just unplug the stove and it would obviously shut off but when I plugged the stove back I'd have to push the power on and trip switch to start everything. The fan just only recently started to come on whenever I plugged the stove in without touching the power on.

So, I opened up the left side of my stove where the convection fan is. I had an idea from reading the trouble shooting guide it might be the snap switch for the convection fan. But even now I'm not 100% sure I'm just trying to work through this and figure it out. I've never had an issue with one of these switches before. I took some pics to post of what I've done so far. I had to move a couple of parts to access the snap disks. 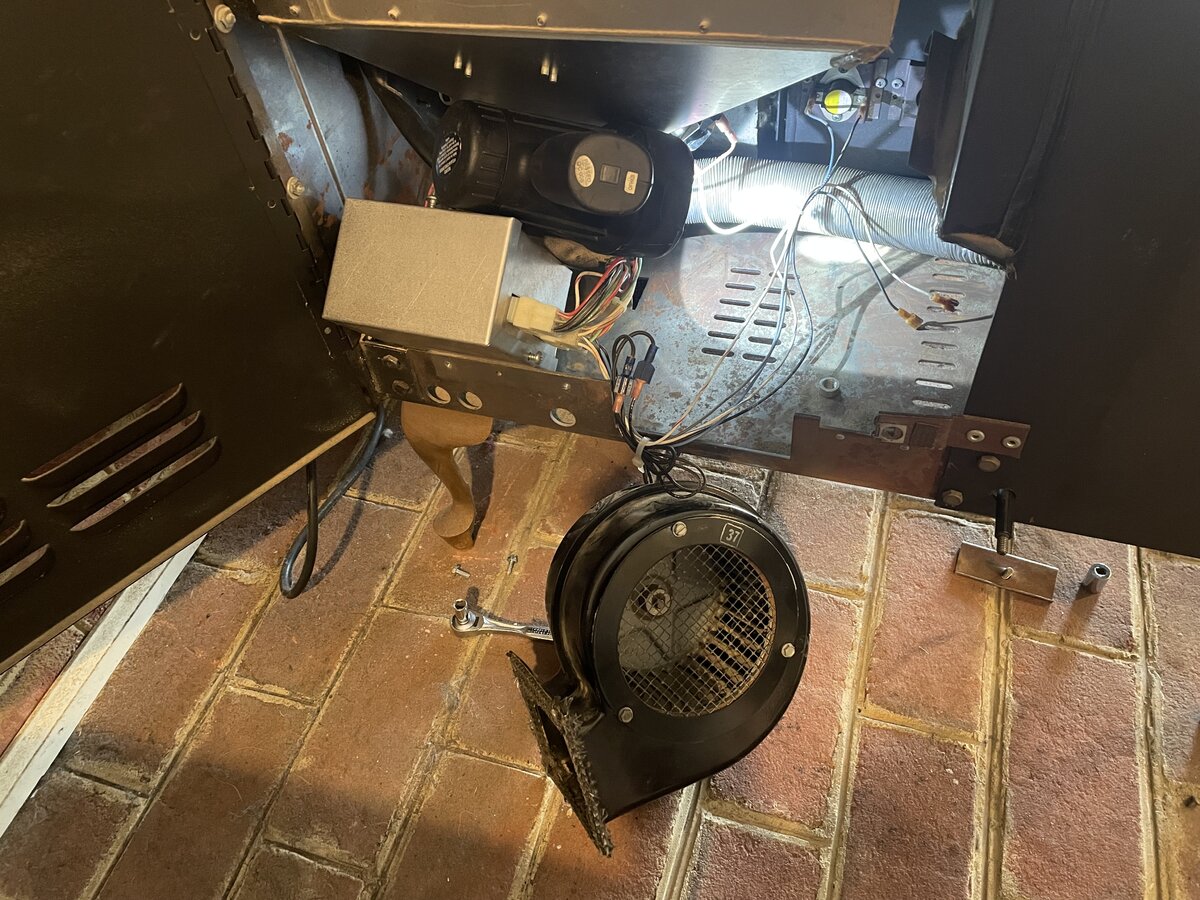 So the convection fan is held in place with a small bracket that took a 7/16" socket or wrench to loosen and remove. Here's what the metal
bracket looks like. 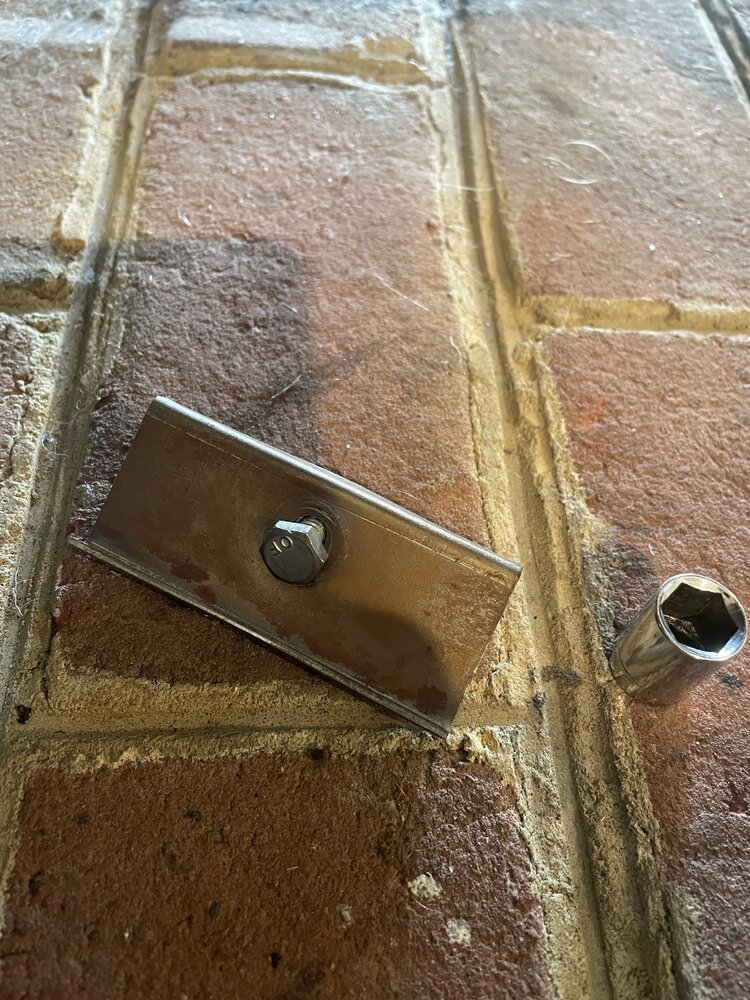 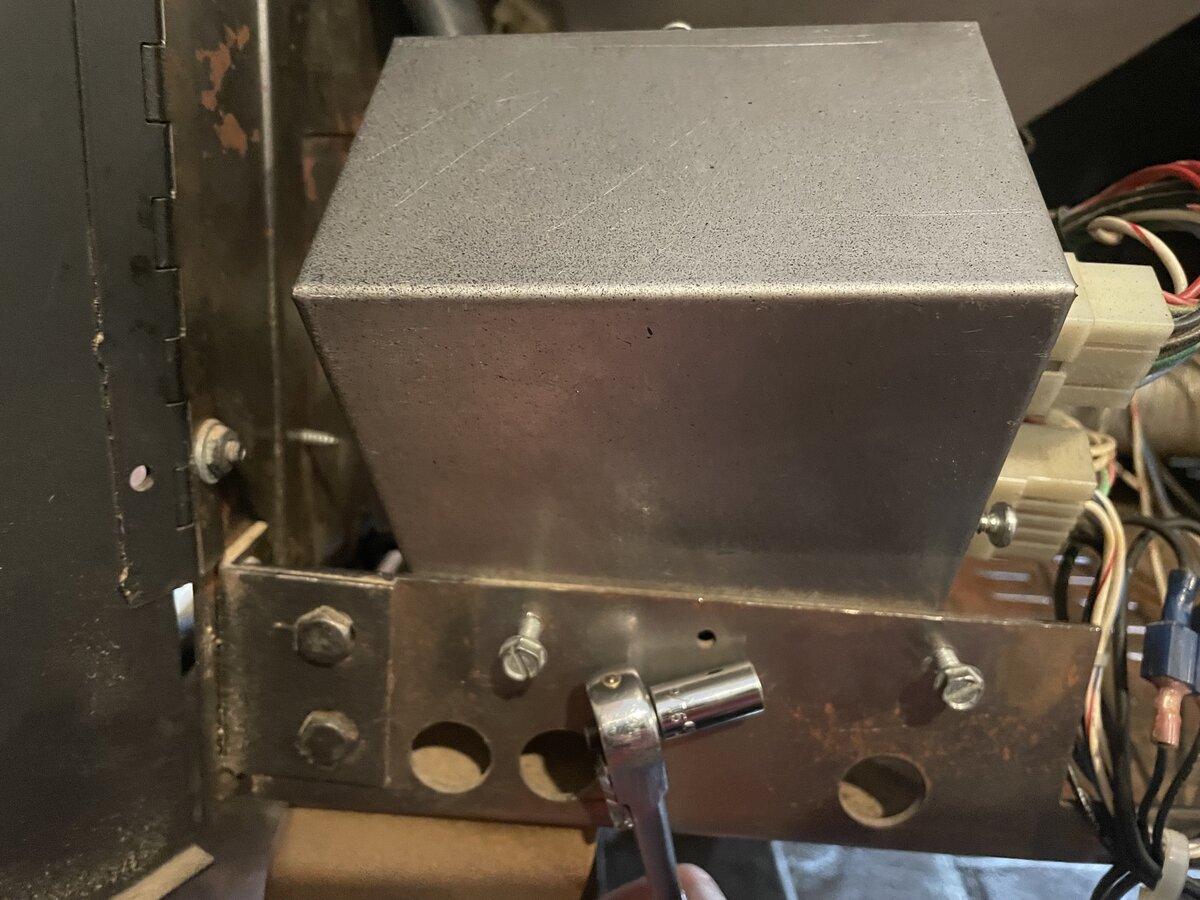 Once these two things were out of the way I was able to see the two snap disks that are mounted to the exhaust fan area. The pic is where I have already removed the convection fan snap disk. 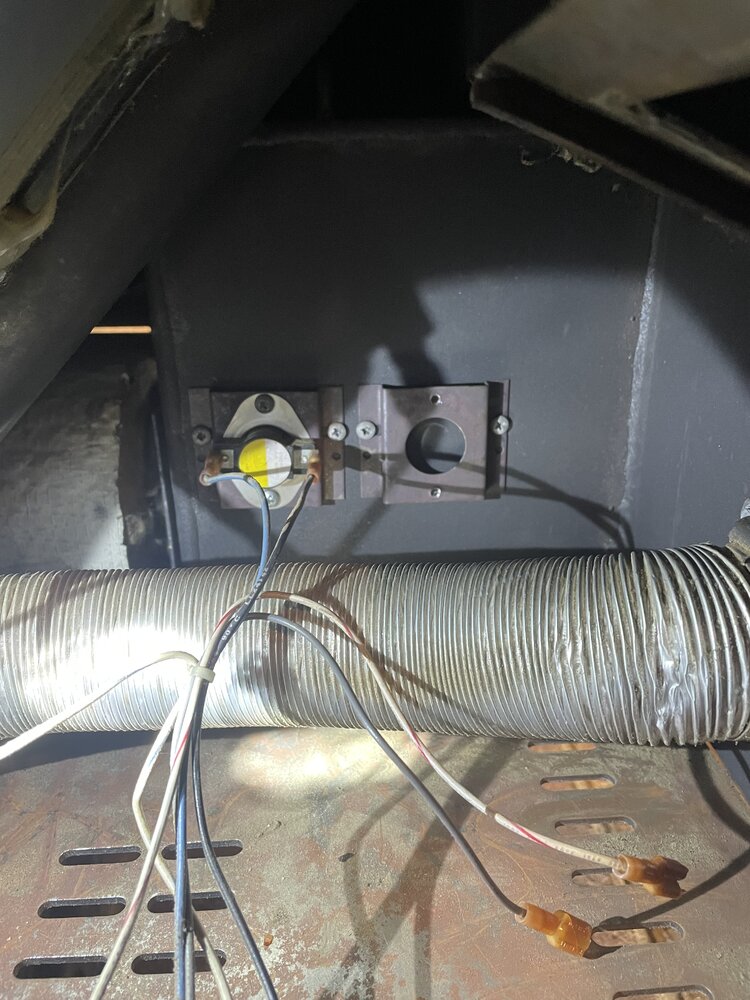 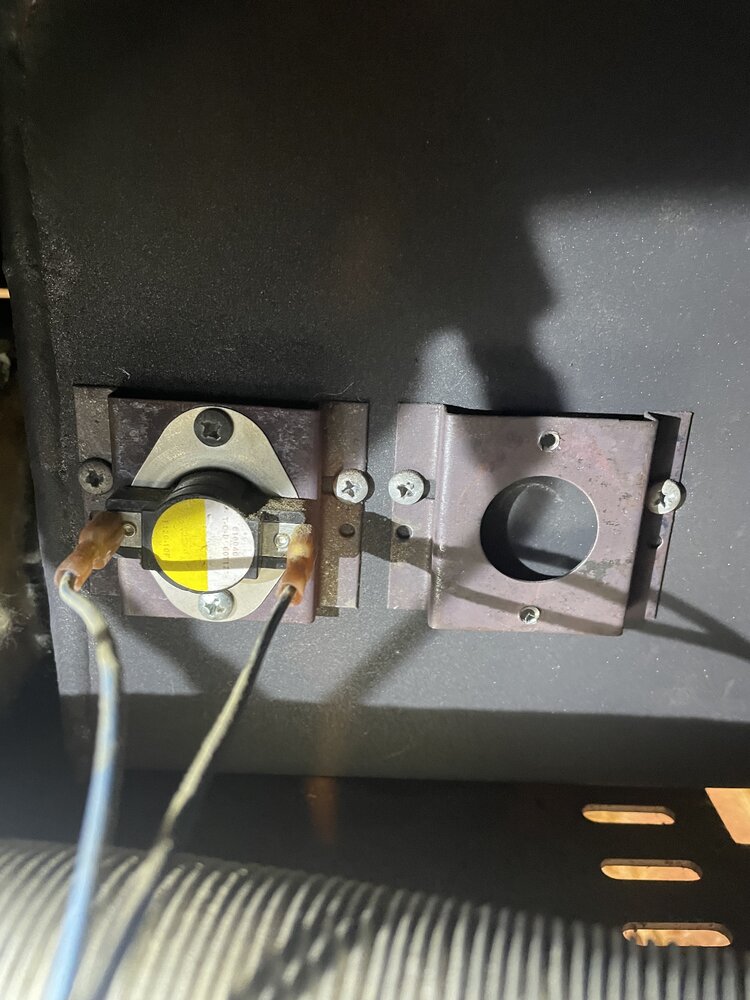 So, what happened prior to me removing the snap disk was I reached in and wiggled it a bit and the plastic portion of the disk where the wires were connected just pulled completely away from the mounting plate and the snap disk inside dropped down on the lower stove deck. Pretty sure this wasn't supposed to happen. So, here's what the disk looked like when it came apart and with the wires removed. Beside is a picture of the disk put together the way it normally looks. 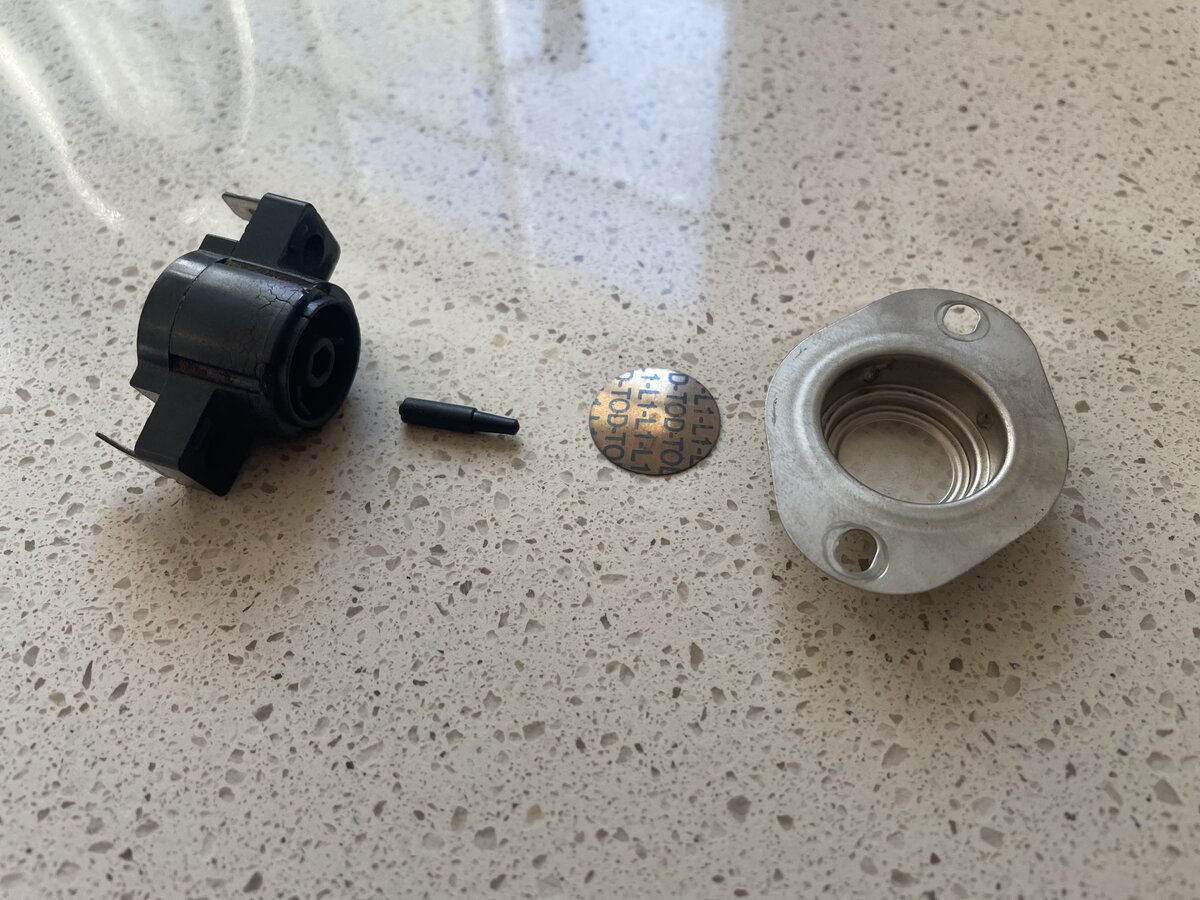 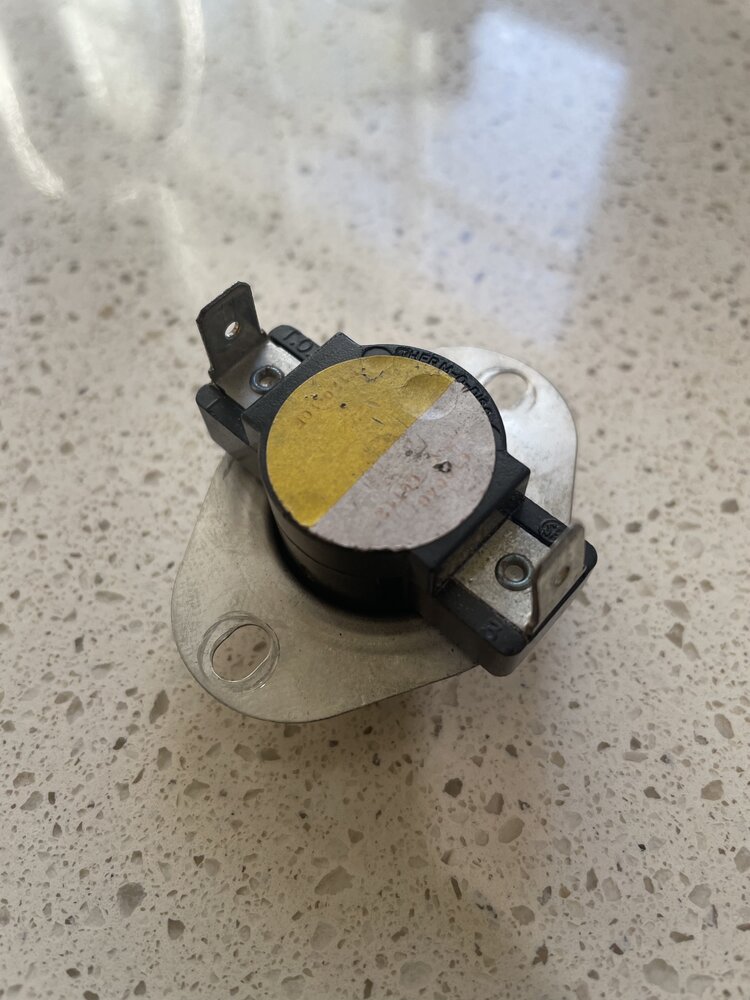 I don't know much about snap disks. I'm guessing when it heats up the disk expands depressing the pin with pushes the sensor inside the portion connected to the wiring telling the fan to turn on or off. So, I don't know if you can see it in the pics below but it looks like mine has multiple hairline cracks which I imagine over time of expanding and contracting has made it to where I was just able to pull it out from the bracket. 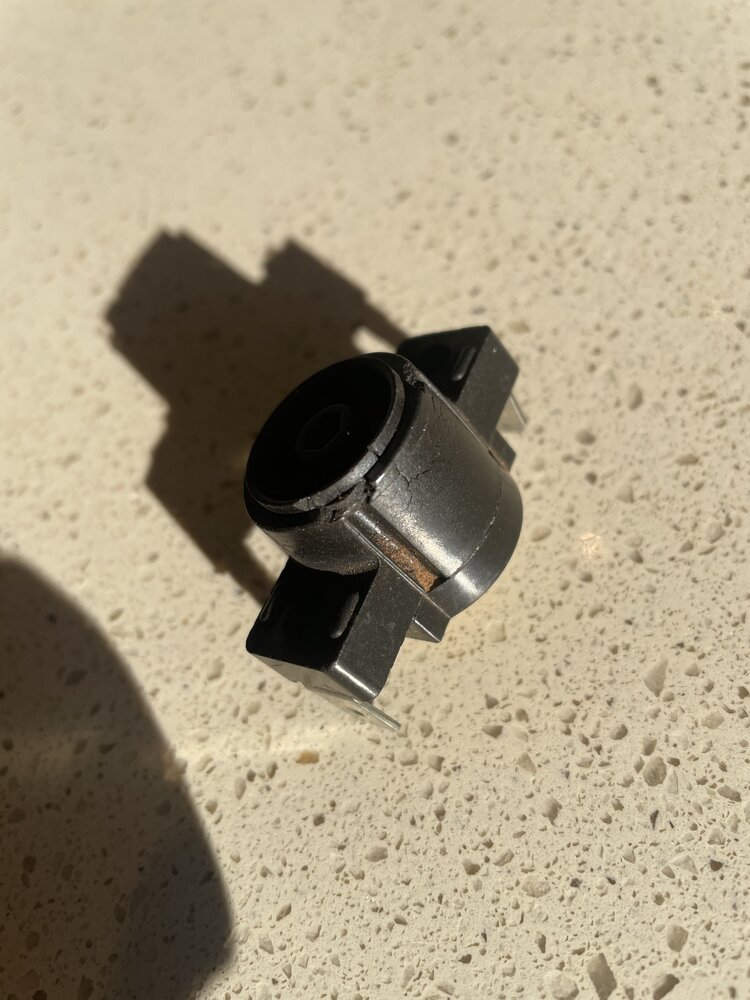 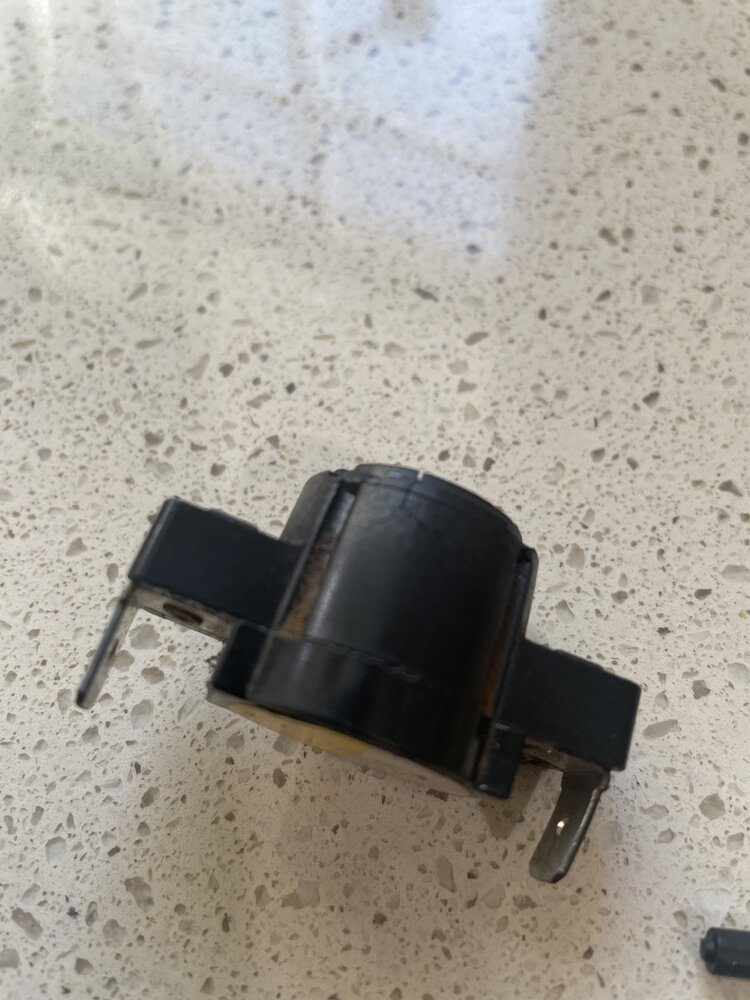 So, I jumped on the computer and ordered a new one. Amazon had the part for like $24 with shipping. Hopefully it'll get here quick because it's kind of cold out right now. lol

To wrap up for now because this is looking like it's gonna be a two part. I'm hoping the snap disk not operating as it should allowing the convection fan to turn on and off properly will resolve my issue with the stove just randomly causing my exhaust fan and auger to stop. I'm guessing the snap disk not being able to regulate the temperature sensing the heat from the exhaust fan is the issue. We'll see. I'll try and post once the part gets here.
Toggle signature
1993 Lopi 400 PS-freestanding/primary
Whitfield Advantage II-insert
Burning Turman Hardwood Premiums
Reactions: Ocelot
You must log in or register to reply here.