Thermocouple or thermopile or something else? Vermont Castings 42 CFDV pilot won’t stay lit

We just moved into a new (to us) home with a Vermont Castings gas log fireplace (model 42CFDVNISL). The pilot light turns on when I turn on the wall switch, but the ignitor continues to click as though it can’t detect that the pilot is actually lit, and after 20-30 seconds, the pilot shuts back off, and the EcoLogic unit flashes red 4x (which the manual I found online says is Ignition Fail, which seems right.) I cleaned all the parts with a wire brush and sandpaper, but it didn’t change anything.

I‘m attaching a photo of the pilot assembly to see if someone can help me understand whether I have a thermocouple, thermopile or something else. From the reading I have done online, I don’t see anything that looks like a typical one of either of these. I’d like to use a multimeter to test and see if the right voltage is being sent, but am a bit confused that the parts I am seeing don’t look like the ones I see in online pics. The spark comes from the igniter on the right. The part on the left is engulfed in flame when the pilot lights and gets red hot by the time it gives up and turns off. But to me, the part on the left looks like another igniter?? 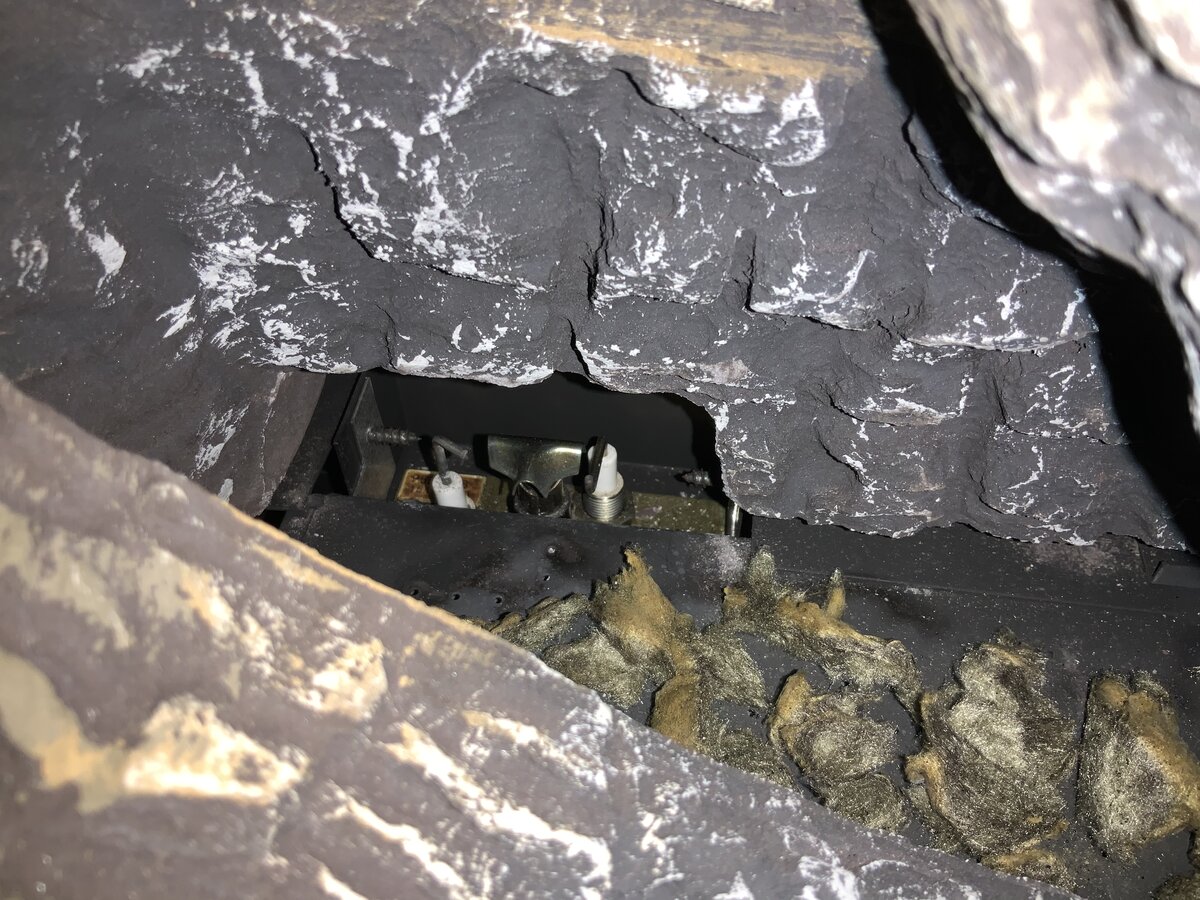 This is the EcoLogic control unit, for reference (I turned the switch off.) Big thanks to anyone who can give me some guidance. 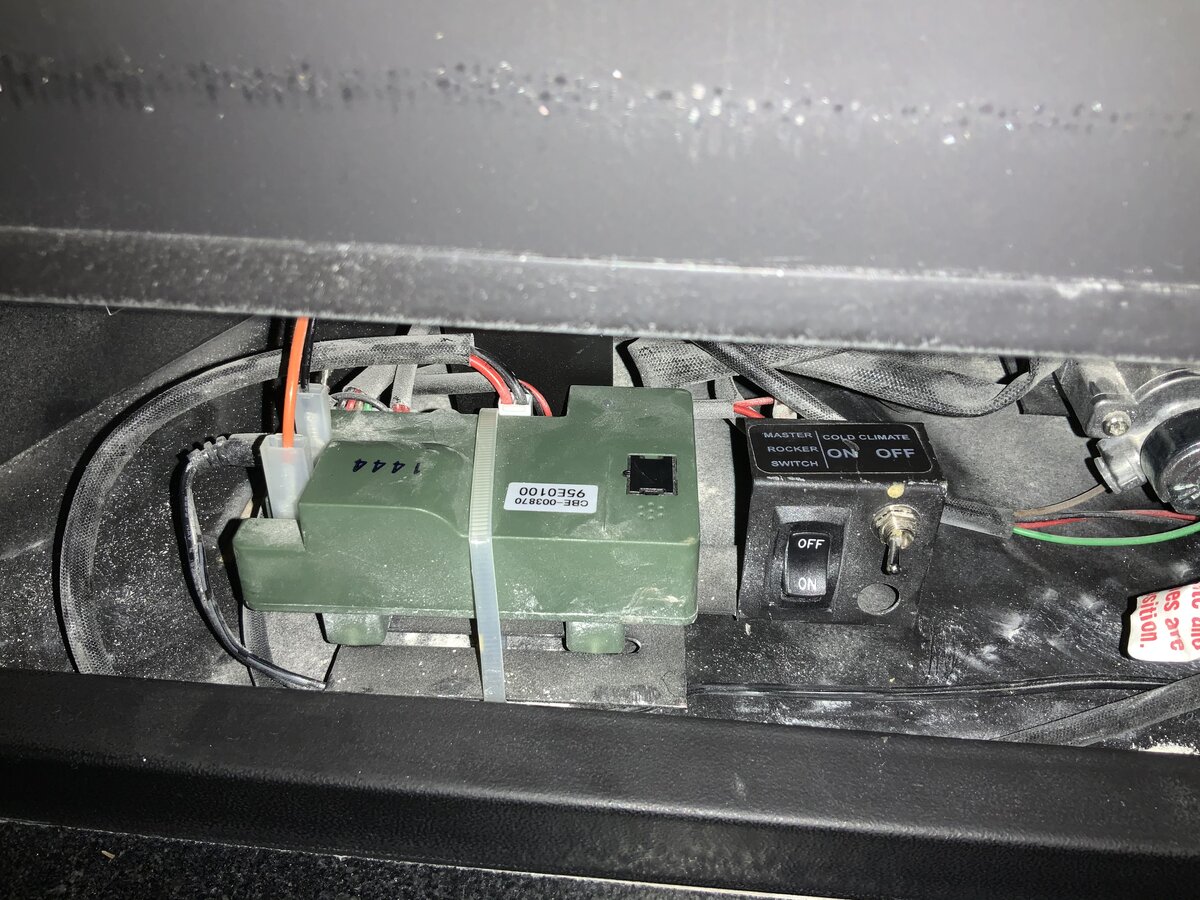 my guess is thermopile. just replace it and see.
J

Thanks. I guess my issue is, not knowing what it is, I’m not sure what to buy to replace it.
M

You have an electronic ipi, intermitent pilot ignition valve. Looks to be equiped with a continuous pilot mode. Id check all wire connections and grounds. Then move to replace the flame sensor, the one that does not spark.
Toggle signature
Jotul Oslo
Jotul Allagash B vent
Jotul Sebago B vent
37 ton ruggedmade splitter
Reactions: Tech Guru

If none of Millbilly's suggestions work, you may have a blockage behind the burner orifice.
Follow his advice & let us know how you make out.
Toggle signature
Bob
J

Really appreciate everyone’s help. Connections seem fine so I’d like to try replacing the flame sensor, but I have had no luck finding the right replacement part. Closest I found was this, but low confidence if it is the right part: https://www.stove-parts-unlimited.c...de-flame-sensor-1002-p910si-p/1002-p910si.htm

Is there a parts list or good way for me to find what I should order? Thanks again for everyone’s time and help.
J

I bought a generic flame sensor, but ended up feeling uncomfortable trying to retro-fit it into the existing pilot assembly. After searching some more, I found this part, which is more than I wanted in terms of components, but is the recommended replace the for the 3 components of the pilot. https://www.fireplaceparts.com/20308979-ng-3-way-hood-w-sensor-for-patriot.html

Today I got ready to replace it, but before I started prying away the sealant underneath, I thought I’d convince myself that it would work by doing some manual testing. I unplugged the black wire from the old flame sensor from the control board and plugged in the black wire from the new (not yet attached) flame sensor. Then I turned on the stove and used a lighter to heat up the new flame sensor. I had hoped that the new flame sensor would signal the control board to start the stove, but it did not (same symptoms as before, pilot lit for 30 seconds and then gave up.)

I then took a multi-meter and tested to see what was being sent by the flame sensor on the old and new pilot assemblies when they had flame on the flame sensor (using the inside frame of the stove as a ground.) They both seem to behave about the same -- 0v when there’s no flame, and increasing DC volts when the flame is on, getting up to over .25v when hot. This makes me suspect that it’s the control board that is the problem. When it gives up trying to light, it flashes red 4 times (ignition failure), but I don’t know for sure if that means it isn’t getting a signal that the flame is lit, or that it’s not able to ignite after receiving the signal.

My thoughts at this point:

1) Can anyone confirm that I’m testing the flame sensor correctly with the multi-meter?
2) Any suggestions for next troubleshooting steps? I’m thinking it’s either control board replacement or burner oriface blockage as DAKSY suggested.
3) My wife has suggested that perhaps I have spent more than it would cost to have a professional come fix it. She thinks she‘s funny.

Thanks for any help people can offer.
J

Your flame sensor does not work like a thermo couple. I understand why you tried to test it unistalled, but I think it needs to be grounded. So you really need to install it properly to find out.
Toggle signature
Jotul Oslo
Jotul Allagash B vent
Jotul Sebago B vent
37 ton ruggedmade splitter
You must log in or register to reply here.

P
Vermont Castings SDV30 NG Problem...pilot on, stove on, then pilot off the thermocouple and all off