Hi all, I have a modern house built in 1980 with a brick chimney coming out of the highest point. There are three flues, one is unused (it was for the furnace which is now replaced by a high efficiency unit that discharges elsewhere), the two existing fireplaces have been replaced by Morso 5660 inserts that have liners leading up to the top. The liners are not capped in an ideal way. The installer (out of business, of course) did not put in top plates, leaving gaps around the liners. The chimney is capped with a bluestone plate atop eight brick pillars. The brick pillars need to be rebuilt due to age. No big deal, it will allow us to install the top plates correctly.

My question to all of you is, my contractor feels that the pillars are not tall enough, but I am concerned that taller will make it less stable and what will it gain us anyway? He thinks it will lower the heat load on the brick and pillars, but I'm not so sure and in any event, I am by nature resistant to change. The pillars are now four bricks tall. Here is a photo from a few years back showing the chimney.

One thing is that the approach to my house is down a steep driveway, so while in certain cases, I would install aluminum caps and be done with it, this is my façade, so I want the keep the brick and the bluestone.

If it matters, I burn one of the liners at a light to medium load most evenings during the heating season, although if there is a power outage (once every other year) in the winter, I will burn full loads until it recovers (worst was ten days).

First thought is those big stone caps make any maintenance from the top difficult. Add more bricks or not I don’t see it affecting anything to a large degree. Have you consider A multi flue cap? Just a thought. I have something like this they make different styles colors ect. 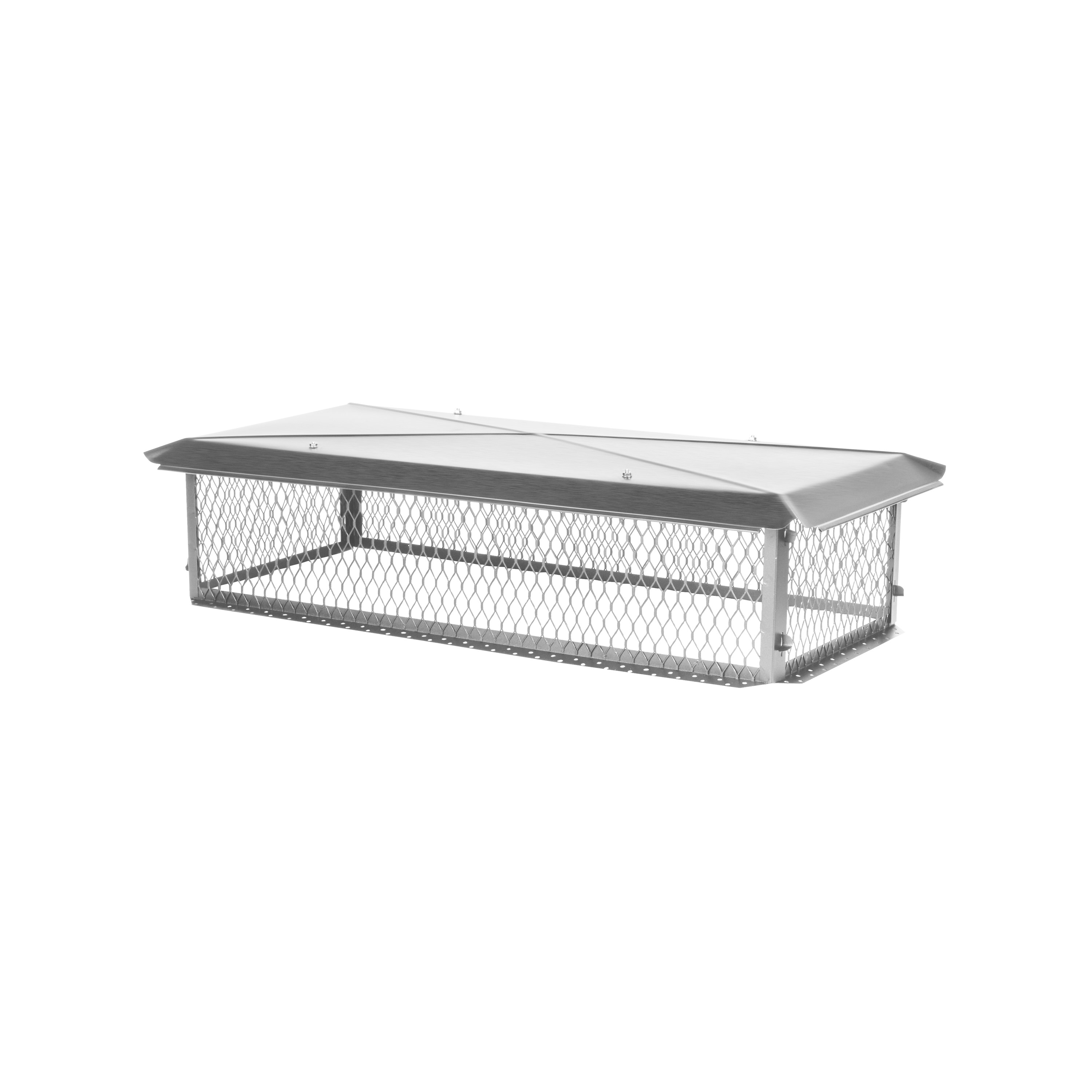 The Draft King BigTop Multi Flue Chimney Cover is a smart choice for multi-flue chimneys. It features a 24-gauge removable 100% 304 stainless steel hood with scalloped corners and roll-formed edges. The 3/4″, 18-gauge, expanded mesh measures 10″ high, it is also available in 8″ and 14″. It also...

Thanks, I have considered that, again it doesn't work because this is basically my facade. If it was high up in the air, I would do that without a moment's hesitation.
Reactions: EbS-P
You must log in or register to reply here.

B
Wood stove in fireplace was the plan. Currently on Plan D. Clearance help

What is the benefit of a block off plate? Insert, exterior chimney