It has been a work in progress but finally got most of what I planned from drawing board to life.

First off I made my own hydronic lines from the garage (wood boiler) to the house. Hired a local spray foam guy that my brother worked for to do all closed cell insulation around the lines. Also used solid weeping tile putting holes every 1.5ft to inject the foam inside... after that got him to compleatly encase the whole line 3 inchs around the whole line. With they hydronic lines put ethernet (for monitoring) cable and fresh water for my future greenhouse build.
In hind sight probably would have been easier using something like Logstore pre-made pipe but I wanted to try something different. Many ways to mess up underground lines and hopefully I won't regret my decision.

After that I encased an 18"x18" heat exchanger onto a squirrel cage fan to heat the garage.

The house now has retrofit infloor heat (staple up) which works amazing. There were mixed reviews about not using metal heat plates... that was not an issue one bit and I would do it the same way if I had to do it again.

Soldered on a 30 plate DHW plate exchanger. That has also been working flawless. The electric tank has been off for a whole month now and is actually quite constant 135-145f at the nearest sink.

I know what did isn't perfect but it works for me and I have no complaints. On paper I factored cost and time to get the results I wanted and everything after that panned out. If money were no object things would have been done more "professionally".

I'm not quite done yet with finalizing the system. All my lines are O2 Barrier except the loops that I ran out of the orange 1/2 inch pex which will be corrected when mounted. 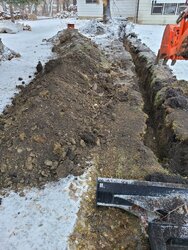 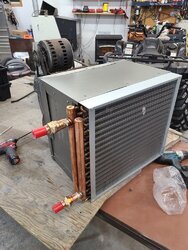 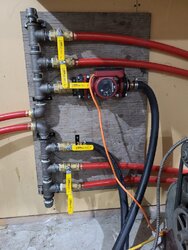 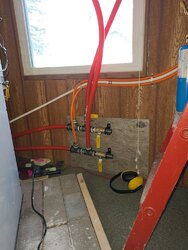 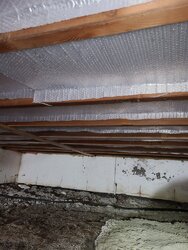 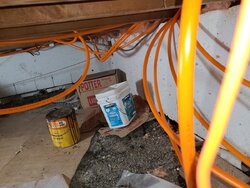 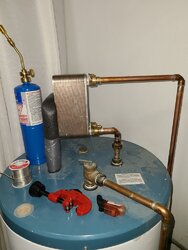 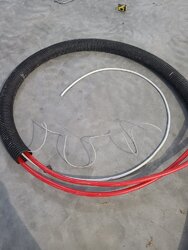 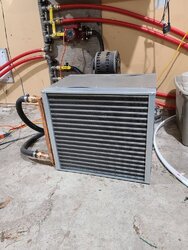 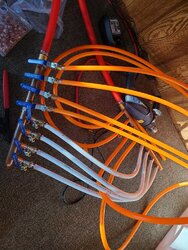 B
Help Wanted INSTALLER NEEDED FOR WOOD GASIFICATION/HYDRONIC SYSTEM IN BC, CANADA!

The Boiler Room - Wood Boilers and Furnaces Feb 8, 2021
Burnbabe
B

Help with heating DHW as well as air