Update to double wall pipe or not?

It's been a while since I posted in here when first setting up my Tundra Drolet system in my basement.

I have an older home with low basement ceilings and not much room to maneuver stove pipe between the furnace and chimney connection. I've attached photos of the current system. The stove pipe is 6" single wall. I have some questions hopefully someone can help with.

1. If using the double wall pipe, the one I'm looking at with most variation is the DuraVent DVL, what is the connection required between the end of the stovepipe and chimney connection? All I can find is 6DVL-ADT, but all text states for hook-up to some kind of DuraVent chimney connection/liner. The connection coming from the chimney is single wall 6" pipe.

2. How can I hookup a DVL piece to a 6" exhaust pipe coming off the back of the Drolet? All I see is 6DVL-AD. Is there nothing shorter? Can I attach a DVL piece directly to Drolet with screws and then taped off?

3. Where would be best to include a T for clean out? as close to the chimney as possible or at the base of the stove pipe? Currently I remove the chimney connector, clean, then reinstall. This is done every 2 years and sealed with the correct fire sealant. Its pain to have to remove sealant and reseal. An easy access clean out point would be nice.

4. Updating to DVL I believe would put my stovepipe out of alignment to the chimney. Currently, if you can see via the pictures, its a 90 out of the Drolet, then straight diagonal run to the chimney, 90 into the chimney. The extra DVL connectors would mean I would have to include 2 45 at some point to compensate.

5. Would it be better to update my single wall pipe every so many years instead? Right now due to the closeness of some clearances part of the pipe is wrapped in chimney liner. 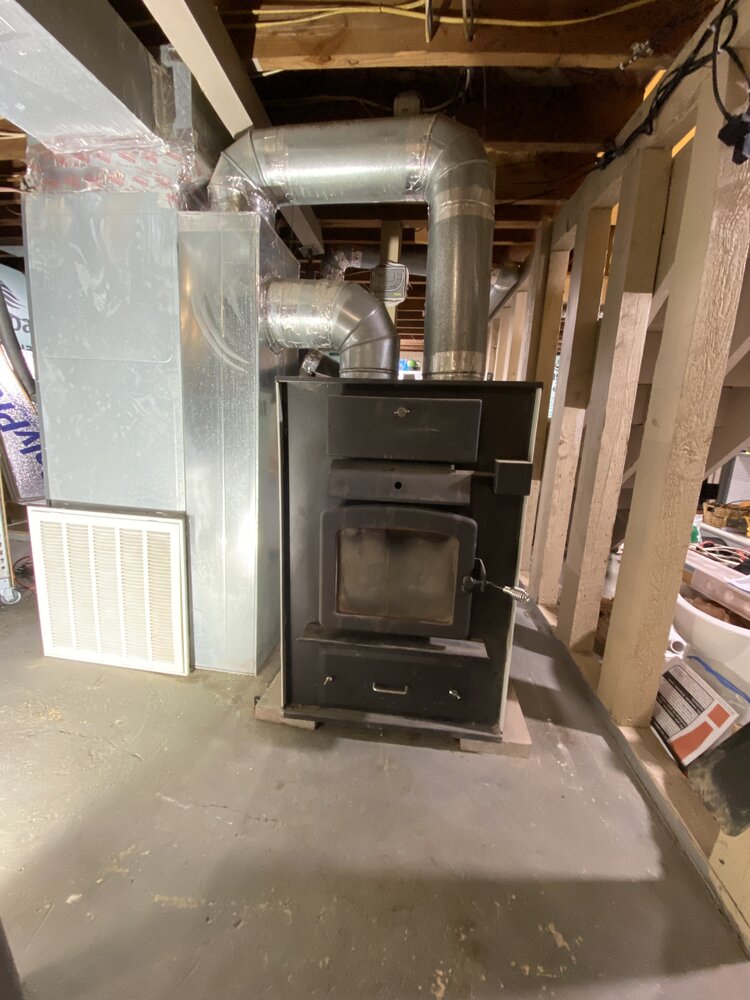 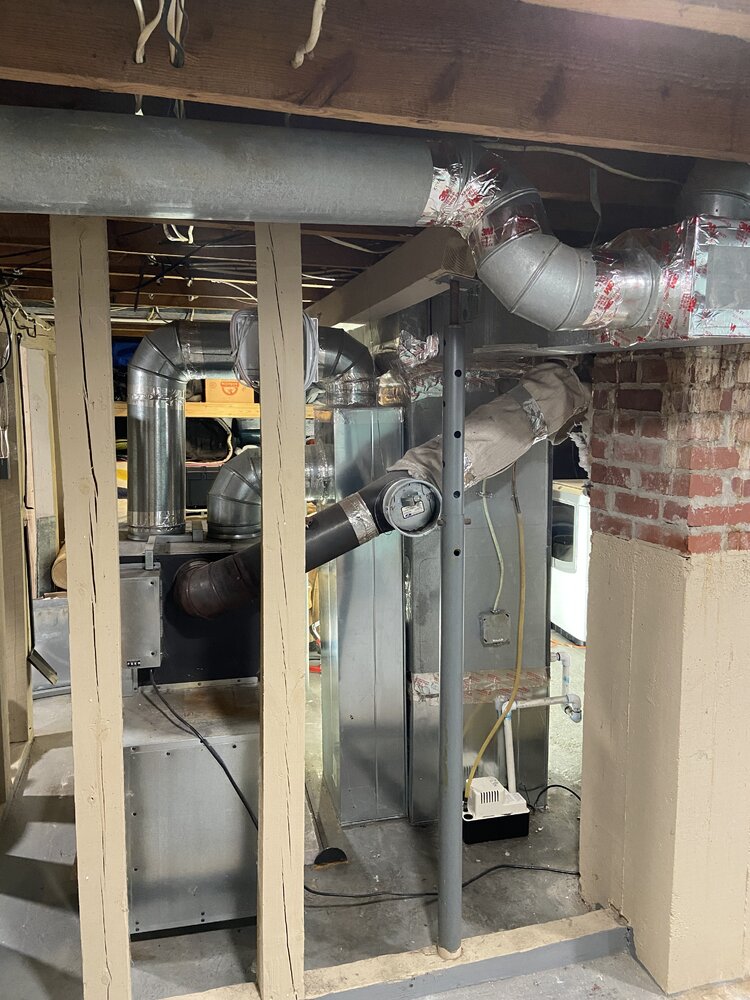 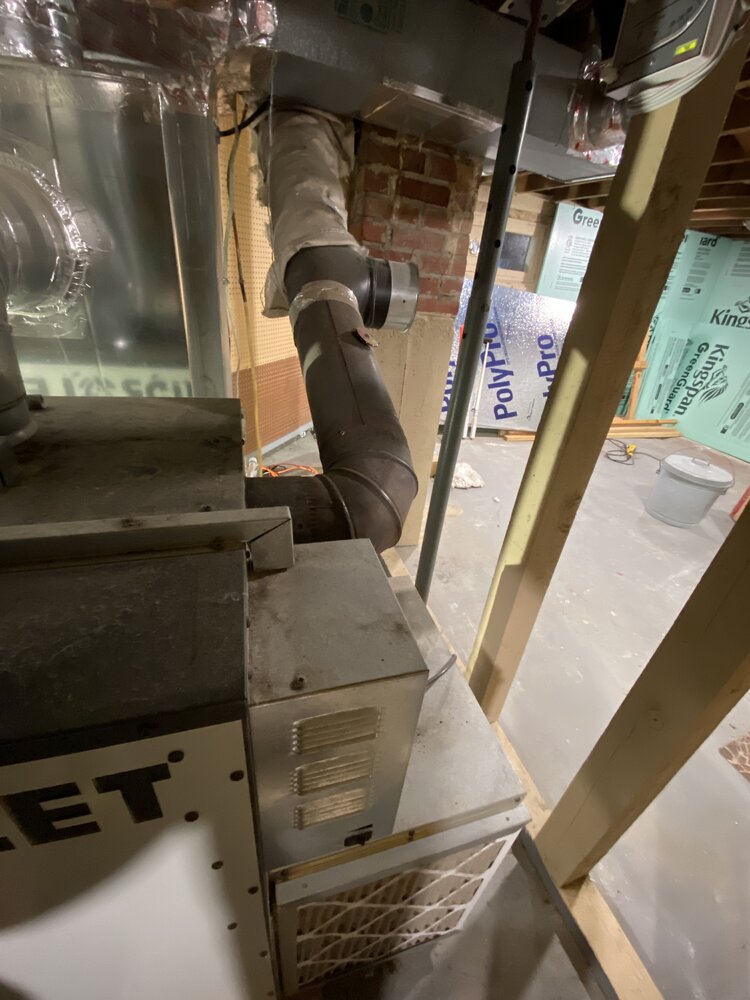 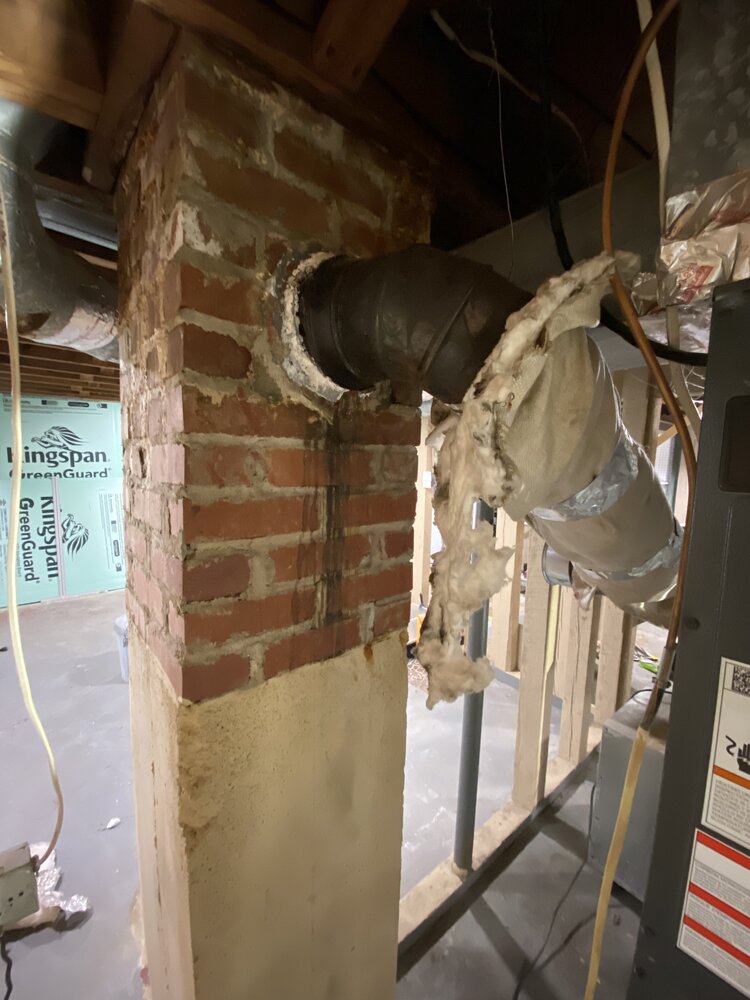 I don't have any experience with the DVL product. But I do know the ICC Ultrablack line will fit directly into a standard flue collar without an adapter, and may suit your application better.

ABMax24 said:
I don't have any experience with the DVL product. But I do know the ICC Ultrablack line will fit directly into a standard flue collar without an adapter, and may suit your application better.

Thanks! This is what I need....something that won't add any additional length from the stove or chimney.

Did anyone have a recommendation of where to add a T for clean out - close to the top near the chimney (easier to maneuver cleaning devices) or down the bottom near the stove?

Additionally, could I use a T at the top of my pipe run to right angle into the chimney, instead of an elbow? Probably would have a lot of heat hitting the clean out cap. Easier to clean though.
You must log in or register to reply here.

The Boiler Room - Wood Boilers and Furnaces Wednesday at 9:55 PM
D_Bray
D
H
Do I need a damper for my All Nighter?