It’s one of those questions that is on the mind of every stove consumer - which material is best? In the first independent article of it’s kind, I will try to explain the pros and cons in the simplest terms possible…..

Cast Iron has always been a popular stove material and with good reasons. The casting process was perfected long before steel and welding were, and so naturally the earliest stoves were of poured iron. From the original Ben Franklin Stoves to the thousands of models that were heating homes in the 1800’s, cast iron was the preferred material. 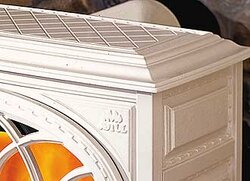 Cast Iron & Enamel
Benefits of Cast Iron:
1. It stands up well to heat and to changes in temperature. In fact, many car engines are built of cast iron for this reason.
2. It is a strong material - yet it can easily be drilled and tapped (threads installed) to create large assemblies (stoves, etc.)
3. It spreads heat out well…when part of the cast iron gets warm, it conducts the heat well to other parts.
4. It allows for very decorative stoves because mouldings, flutes and other design elements can easily be incorporated into the pattern.
5. It accepts enamel well, which allows for even more decorative and functional finishes.

The design and manufacture of cast iron stoves can be expensive. A manufacturer must have a foundry, which is a factory that melts metal and pours it into sand molds. In addition, each part (some stoves have dozens or more) must have an expensive master pattern made for it. Whenever a change is needed, a new or modified pattern must be created.

In the last few decades, steel plate has become an alternative to cast iron. The mass production of plate steel, along with the availability of improved steel cutting and welding machines and techniques, have created a boom in the production and sales of steel stoves. 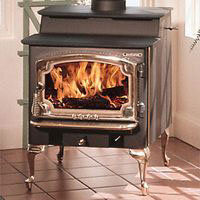 Steel Stove w/accents
Earlier steel stoves were quite basic - often simply steel boxes with cast iron doors. In the energy crisis of the late 1970’s, hundreds of welding shops entered the business and found that it was quite easy to manufacture these stoves. However, when energy prices fell many of these manufacturers closed their doors. Those that remained invested heavily in their factories and products, the results being steel stoves that are decorative and functional. Some benefits of steel include:
1. Easy to cut and forum using modern computerized equipment
2. Relatively tight construction due to welding and bending as opposed to furnace cement used to assemble cast stoves.
3. Easy to make change and small improvements due to no pattern costs.
4. Double wall construction, resulting in convection stoves which can be placed closer to wall, is relatively simple to fabricate with steel.

Shoppers comparing steel and cast iron should keep in mind that the two materials are almost identical…they are both the same element - IRON. One is rolled out into sheets and then formed, while the other is melted and poured into molds. In addition, many stoves on the market today will have BOTH materials as part of their construction.

Soapstone is a relatively soft materials that can easily be cut and polished for use in wood and gas stoves. Early residents of New England found that stoves made of this material held up well to the regions cold winters and also provided a gentle and even heat.

This soft heat is due to the ability of soapstone to soak up intense heat from the fire and then radiate it slowly - for our purposes we will call this a “tempering” effect. The swings in the stove temperature and room temperature are likely to be less with this type of stove.

These beneficial properties are due to two reasons - one is simply the mass (weight) of the stove and the other is the chemical composition of the stone. The combined effect makes the heat from a soapstone stove different than that from other stoves. 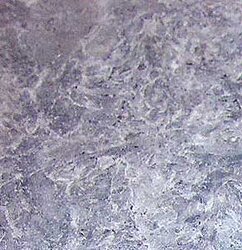 
But soapstone stoves have some disadvantages. Heavy stoves are harder to handle and shipping costs can be higher. They also take longer to heat up from a cold start, so those intending to get quick heat may want to look at thinner walled stoves. The outside temperatures of these stoves may also be lower than steel or cast stoves, which means less chance of serious burns if accidentally touched - however, if you enjoy cooking a full meal on your stove you may be out of luck as stove top temps are generally lower than cast and steel.

Most soapstone stoves on the market today are hybrids - they contain iron, soapstone and possibly even some steel and firebrick. This represents a good use of the various materials in a final product that can be shipped and installed relatively easily, At the other end of the spectrum are pure soapstone fireplaces such as Tulikivi (http://www.tulikivi.com/), which can weigh in at two tons or more. Once you install one of these, you won’t want to be moving it anywhere!

It is common to see large built-in stoves in Europe which are constructed of ceramic tiles. These are works of art as well as gentle heaters that are similar in operation to the heavy Tulikivi units mentioned above. A few companies sell these in kit form which can be shipped to a building site and installed by a mason or other pro. There are even some lighter weight tile stoves which can be shipped and installed similar to a woodstove, although these have not become popular in North America. The portable models are often hybrids - cast iron fireboxes with a convection chamber of tile assembled around the burning chamber. In general, ceramic tile cannot take the intense heat of a wood fire so it must be kept a certain distance from the actually combustion chamber.

Firebrick is often used to line the chambers of wood, pellet, gas and coal stoves. This material can take a LOT of heat, in fact iron is melted in pots lined with a similar material! Some stoves have decorative firebrick which is cast with herringbone or other decorative patterns.

Regular red brick is usually reserved for built in fireplaces due to it’s weight and other properties. This brick also cannot take very high temperatures, so the burning chambers must be lined with firebrick or similar material.

Although the information above generally applied to stoves made of any material, there are some differences in the fuel which you must keep in mind. The internal temperatures of Gas and Pellet stoves can be regulated much easier than those of wood and coal stove, so it is possible to use thinner materials with less danger of burn-our or warpage. Coal, on the other hand, can burn much hotter than wood and great care must be used in the design of these stoves to assure a long life. When shopping for a coal stove it is important to make certain that interior parts such as grates and liners are easily and economically replaceable since they will eventually sucumb to the high temperatures.

In most cases, the material a stove is made from is secondary to other aspects, such as price, style, size and installation. Having the proper relationship and advice from the dealer or manufacturer is also important.

As with many consumer products, education is the first step in making an informed decision. I hope the above information is useful to you in your quest for the perfect fire!
Toggle signature