I bought a house with a small hearthstone tribute stove using 6" stove pipe up into the 6" metalbestos SS II support box in the ceiling.
I thought it would be a good idea to replace the single wall stove pipe with double wall, and as no good deed goes unpunished, all I've managed to do is spend money and time with no success. There's no adapter and only a little bit of class A dangling down in the ceiling box to attach to. My first problem was my double walled pipe wouldn't fit into the outer hole in the ceiling box (obviously the box is designed for single wall). So I got a male-double to female-single adapter from Rockford chimney supply (where all of my double wall stove pipe is from). The single wall female end fits inside the support box just fine, but it seems to be ever so slightly larger than the liner/class A such that it doesn't form a tight/air tight seal at all. You can clearly see into the insulation of the outer chimney pipe.
I want to connect to the support box with an elbow to immediately get it away from the wall as the chimney is simply built closer to the back wall than I'd like.

Is this gap between the female stove pipe and the male chimney pipe acceptable ? Can it be filled with furnace cement ?

I'm not sure if this is only happening because of small sizing differences with the Rockford pipe i'm buying or if the chimney setup is to blame.

Any help would be greatly appreciated as i'm about to just slap all the old pipe back on or seal it up and put the TV where the stove used to go.

Here's the adapter held into place in the support box. 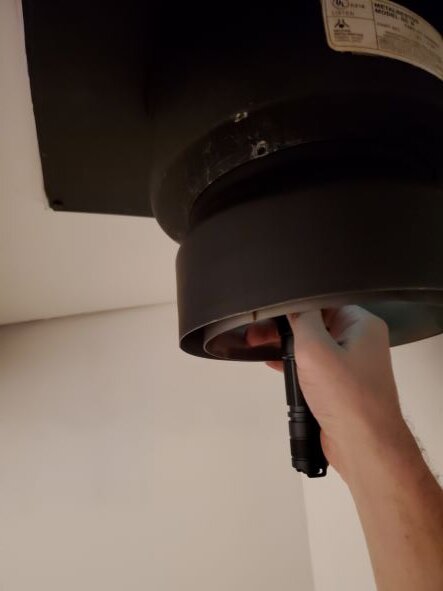 Here's the gap with the adapter in the ceiling box. 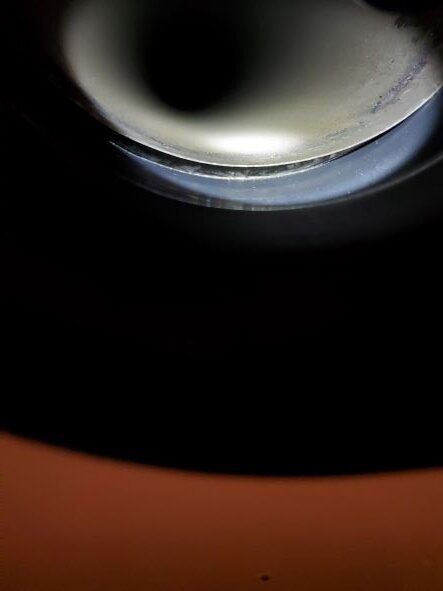 Chimney pipe in ceiling box. (i know it's dirty, we're going to clean it before we finalize the install) 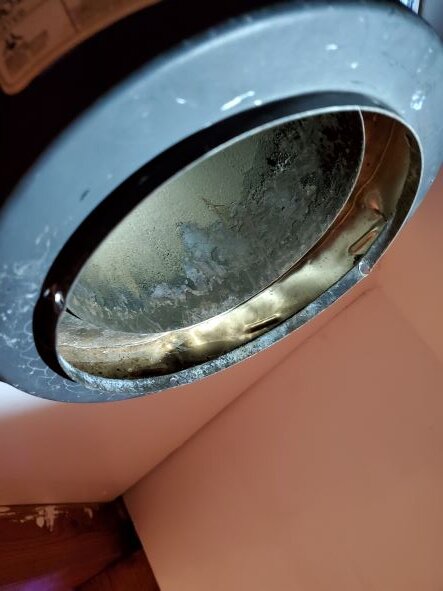 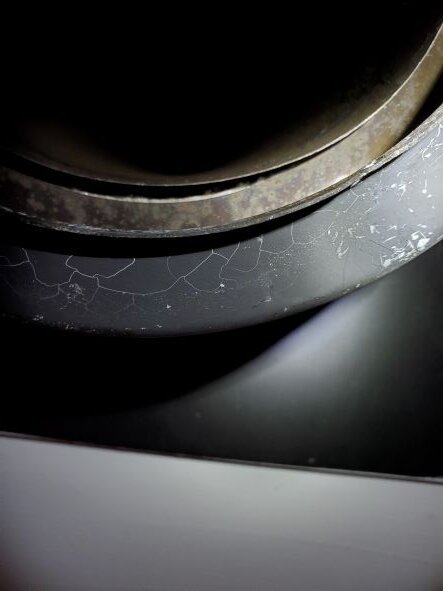 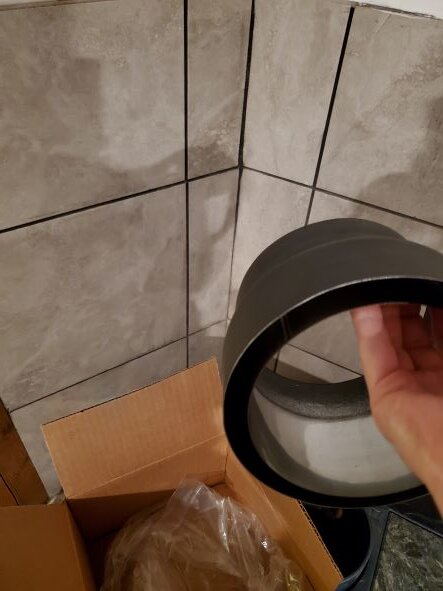 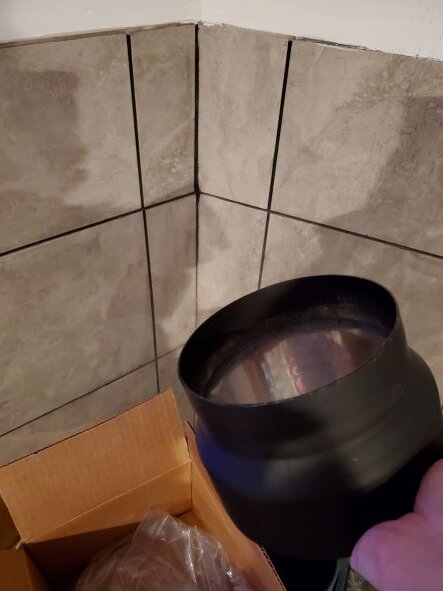 Old single-wall elbow that was originally in the ceiling box. 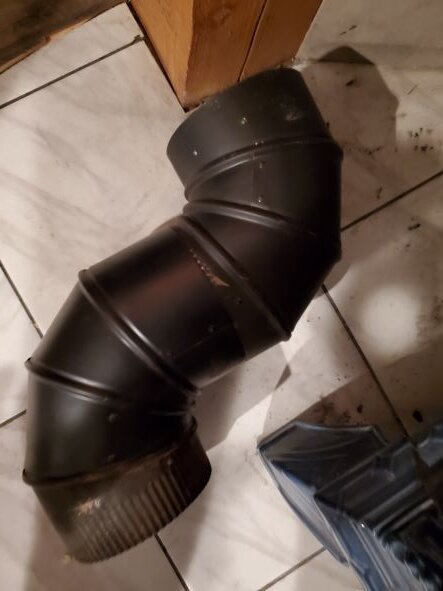 Im just getting into all this myself but I think you might need a class A to stove pipe adapter. It would twist lock into your class A chimney from the attic and then connect to your stove pipe. Not sure if double wall would connect differently than single wall, I wouldn't think so, the double wall would just be acting as a heat shield right? There might be other products that can do that too. Hope this all works out for you. 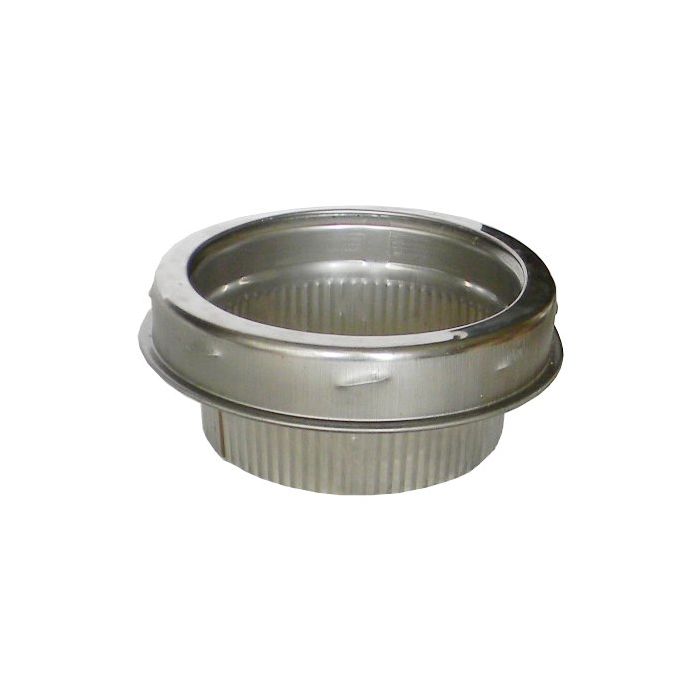 Toggle signature
Stoveless and not real happy about it!
Reactions: Birkie
B

Just went through the same issue--so frustrating. Manitoba Sky is right. You need a Selkirk double wall chimney adaptor. See the slits on your 3rd photo? Those are the "threads" that you screw this chimney adaptor too. (You probably need to take off the black ceiling support first.) Then attach whatever doublewall stove pipe you need to connect down to the stove. You'll see with double wall the inside crimped end goes up, there are arrows on the stove pipe labels.

YEP, can't do it without it !
Toggle signature
1999 PE Spectrum Classic with Sunburst Door
Keep burning cleanly !
You must log in or register to reply here.